Today, it is virtually impossible to live without the aid of some form of technology. This sad truth makes technology extremely difficult to escape; because work, school, and play can all involve computers, the sense of “normal” computer usage levels becomes more intense each year. In 2009, the average person aged 8-18 spent more than seven-and-a-half hours a day involved with non-school-related technology.# Continuing to increase your time spent on computer and internet activities is the first warning sign that you’re addicted to technology. 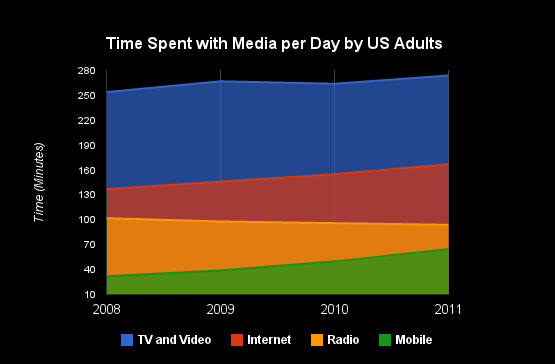 Has it happened to you? You think you hear your phone ringing or even feel it vibrating in your pocket, but it isn’t. Phantom rings are the psychological equivalent of Pavlov’s dogs—who salivated at the ringing of a bell—and usually occur when you’re expecting an “important” call or text. This troubling side-effect stems from frequent, compulsive phone or social media checkups as well as never leaving your device far from arm’s reach. Try leaving your phone on silent (or even OFF!) for extended periods of time, especially when sleeping.

The word ‘addiction’ has become clichéd, but if you feel distressed, anxious, or painfully isolated when separated from technology, you may be suffering from withdrawal. Constant bright screens and instant-gratification games wire the brain to demand a certain level of stimulation, but what happens when the power goes out? Do you panic? Do you attempt fruitlessly to login to Facebook and update your status (if you have a “smart” phone, you can do it anyway, until the battery dies…)? Cravings are a definite sign that you are abusing technology, but luckily the large majority of people give up their own addictions.# Set aside time for alternative activities, pursuing your life goals, and obtaining real-world experience.

Using multiple forms of media at the same time—such as playing computer games while watching TV or browsing the internet while listening to music—is linked to symptoms of anxiety and depression.# Researchers aren’t sure if multitasking causes depression and anxiety or if multitasking is a way for depressed or anxious people to distract themselves, but in the last decade, the amount of time spent multitasking with media increased 120 percent. Separate your devices; appreciate and focus on one thing at a time.

You Don’t Know What You’re Missing:

Technology addicts tend to lose confidence and interest in the real world, passively choosing the comfort and reassurance of a safer alternative (World of Warcraft, Facebook, Netflix). The lack of control (and a need for artificial control) consumes the meaning of family, friendships, and other pleasurable activities. Remember: TV shows, movies, and video games will always be there, but you, your friends, and your family will not.

If you’ve been binging on Battlestar Galactica or Elder Scrolls, the effects are obvious—especially in summer months. Paleness and mood variations due to lack of sunlight, as well as other physical changes such as weight gain or loss, backaches, slouching, headaches, or carpal tunnel syndrome, are direct results of technology overuse.# If you experience a change in sleep patterns—i.e. becoming nocturnal—you risk disrupting your biological clock. Take a long look in the mirror and ask, “Is this who I want to be?”

Continuing a destructive behavior despite serious external or internal consequences (such as losing a job or continually feeling detached or depressed) is the final sign of technology addiction.# Feeling guilty, ashamed, or anxious as a result of your technology habits is a bittersweet sign that some part of you has come to a reckoning that a change must happen. Relapse is common to all addictions and should have no guilt or shame attached to it. If you’ve gotten this far, you are ready for the next step: freedom from your addiction.

5 Common Misconceptions That Make You a Dumbass
Advertising

5 Common Misconceptions That Make You a Dumbass